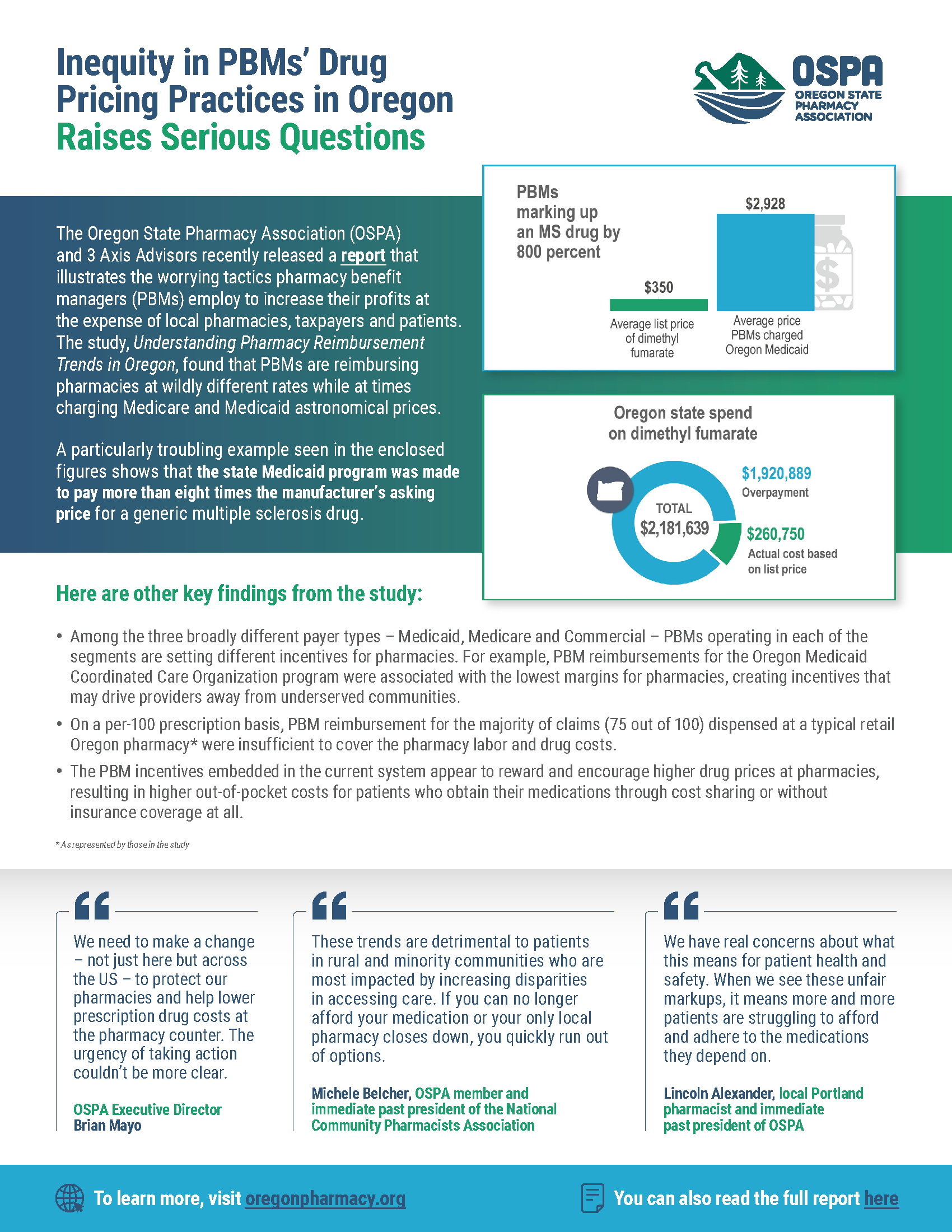 Patients, pharmacists and providers in the state are disadvantaged by inequitable and worsening PBM business model

“What we found is that PBMs – these middlemen in the drug supply chain – are essentially free to set the prices of drugs wherever and however they choose and, as a result, our state is rapidly losing small local pharmacies. That’s because these pharmacies aren’t being reimbursed at rates that allow them to keep their doors open, which raises serious questions about what PBMs are up to and why,” said Brian Mayo, Executive Director of the Oregon State Pharmacy Association.

One particularly troubling example detailed in the report shows that the state Medicaid program, which provides health care coverage to low-income Oregonians, was made to pay more than eight times the manufacturer’s asking price for a generic multiple sclerosis drug. If the payment was instead based on the manufacturer’s list price ($350) instead of what PBMs charged Medicaid on average ($2,928), the state could have saved approximately $1.9 million on this one drug alone.

“We have real concerns about what this means for patient health and safety,” said Lincoln Alexander, a local pharmacist from Portland and immediate past president of OSPA. “When we see these unfair markups, it means more and more patients are struggling to afford and adhere to the medications they depend on.”

Key findings of the report:

“The findings speak for themselves in that we know that certain PBM industry practices have created incentives in the marketplace that can over-inflate the prices of medicines for plan sponsors and patients,” said Antonio Ciaccia, president of 3 Axis Advisors.

Michele Belcher, OSPA member and immediate past president of the National Community Pharmacists Association, said: “These trends are detrimental to patients in rural and minority communities who are most impacted by increasing disparities in accessing care. If you can no longer afford your medication or your only local pharmacy closes down, you quickly run out of options.”

While the report is focused on reimbursement trends in Oregon, the business practices analyzed are reflective of what other states are encountering.

OSPA’s Mayo added, “OSPA and the pharmacists we represent have been aware of these trends for years, but to see the numbers this research yielded is eye-opening. We need to make a change – not just here but across the US – to protect our pharmacies and help lower prescription drug costs at the pharmacy counter. The urgency of taking action couldn’t be more clear.”

The full report can be found here: Oregon_Pharmacy_Pricing_Report_3AA_1022 FINAL

About the Oregon State Pharmacy Association

Oregon State Pharmacy Association (OSPA) was founded in 1889 as a professional trade association representing its member community of pharmacists, pharmacy technicians, pharmacy students and others who have an interest in advancing the practice of pharmacy through advocacy and education, and thereby improving the health of our fellow Oregonians.

For information about becoming an OSPA member, please click here. 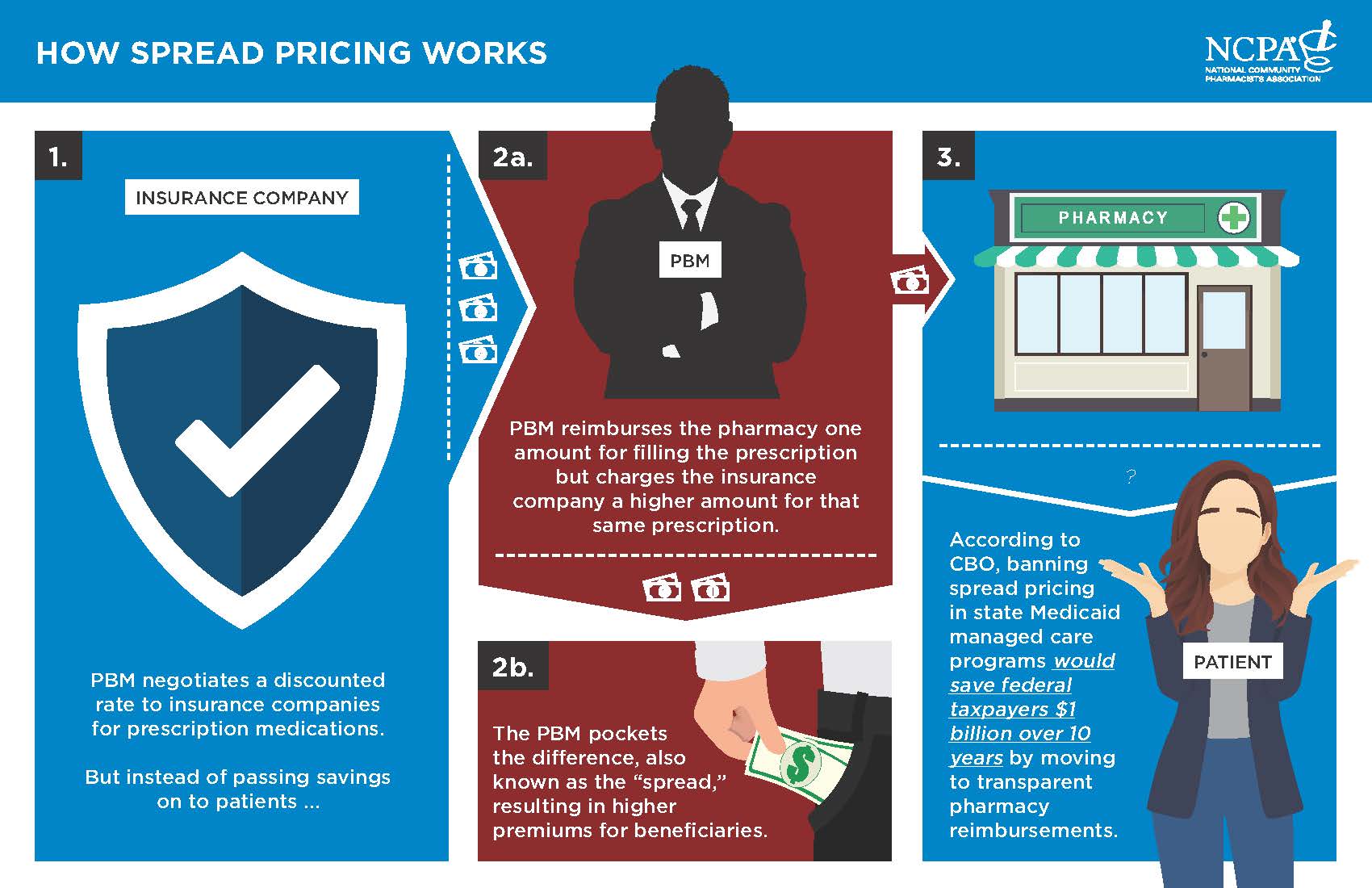