My first year of pharmacy school at Oregon State University (Go Beavs!), I signed up to be a member of OSPA (back in 2009). Ever since then, I have continued with membership year after year as OSPA continues to provide many opportunities for me. I have been to conferences for CE in the past, and now have been able to participate in a virtual conference this year. I continue to read the monthly newsletters that provide a lot of good information that can be helpful in my daily pharmacy practice. I have always loved the profession of pharmacy, and now being a pharmacist, I feel it is very important to be able to continue to support a group that is advocating for the profession of pharmacy. – Chelsea, member since 2009

I have been practicing pharmacy in Oregon for the past 12 years.  Until a year ago, I was not a member, but that didn’t mean I hadn’t thought about it.  In 2016 I attended the annual convention solely for the CE offerings but during the convention found myself battling with whether to join.  I watched as the current members interacted so comfortably, yet with purpose. I conversed with two or three members while waiting in the refreshment line who spoke highly of the organization, the networking opportunities you gain from it, and the general sense of belonging it gives you.  Even so, I didn’t end up committing at that time, but it was always in the back of my mind.  In 2019 I received a call from Kiyomi Lehman, a former classmate and now current president of OSPA, asking if I wanted to join the board.  I was at a place in my career where the need for professional networking and exploring opportunities outside of retail pharmacy had become more important to me, so I said yes.  I’ve very glad I did because I’ve truly enjoyed serving on the board and being a member of the organization.  It’s amazing how just putting a “member” flag under my nametag at a CE event gives me an immediate sense of belonging and the confidence to network with other pharmacists that I never had before.  I’ve met some amazing people and feel like I’ve learned so much more about the practice of pharmacy in Oregon.  Simply reading the various practice sites of other members helps me realize I don’t have to practice the same field of pharmacy for the rest of my career which alone, is very empowering. In addition, I’ve already benefited from the membership discounts offered for training certificate programs. Finally, because I didn’t graduate from an Oregon School of Pharmacy (I’m a U of Montana Grad, Go Griz!), being part of the organization makes me feel like I belong, even if I didn’t start out with the same connections Oregon graduates have coming into the profession. – Molly, member since 2019

I joined Oregon State Pharmacy Association as a first year pharmacy student in 2017. By doing so I have grown my network and have built relationships with a number of pharmacy leaders within the area. Being a part of OSPA has given me the ability to become involved in initiatives that impact local pharmacy practice and have shown me how Oregon pharmacists are advocating for their patients and profession – Crystal, member since 2019

After graduating 52 years ago from OSU and moving into the state to practice pharmacy in 1994 from the State of Washington where I had been active in the state pharmacy organization for many years as well  as affiliated with the state schools of pharmacy, in 2002 I joined OSPA after attending  a winter conference in Eugene and a state convention in Salem and proceeded to take an active role in the professional organization.  I was elected to the Board of Directors, I believe a couple of years later and served until 2009 in a couple of various positions and helped with conventions and gatherings.  I always enjoyed the fellowship of my professional cohorts  and continue to do so to this day when able to attend the yearly functions.  The organization has continued to be important to me and a great venue for the continuing development of our profession in the every important role as a true health care provider.  I am looking forward to even more involvement as I continue to practice my profession even at this stage of life. –Carol VanHorne, member for 19 years

I initially joined OSPA because I thought it was important that pharmacists control our own destiny without outside interference. Since then, I have found that it is valuable for professional development, networking and to close information gaps. Pharmacists tend to practice in silos and its great to share information and to stay relevant to the healthcare system and trends. The fact that you’re able to make lifelong friends among your colleagues and classmates is just a bonus, adding to the value of being a member. To quote Benjamin Franklin, “We must all hang together, or most assuredly, we will all hang separately”. There is strength in numbers and in advocating for our profession. -Dan Kennedy, member of OSPA since 1991.

Membership in OSPA keeps me up up to date with pharmacy practice in a variety of practice settings throughout Oregon. OSPA also provides me with a way to participate at the national level, as a delegate to APhA House of Delegates. –Jill McClellan 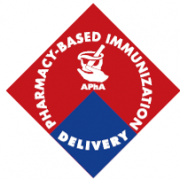